Note: It can be possible that receiver received SMS but report is still pending (some time it take few minutes to generate report). Also if the mobile number is not in network or switched off then the status will appear as sent. The gateway tries to send the message over a 6 hour period. As soon as the number comes in network, the SMS will get delivered therein. 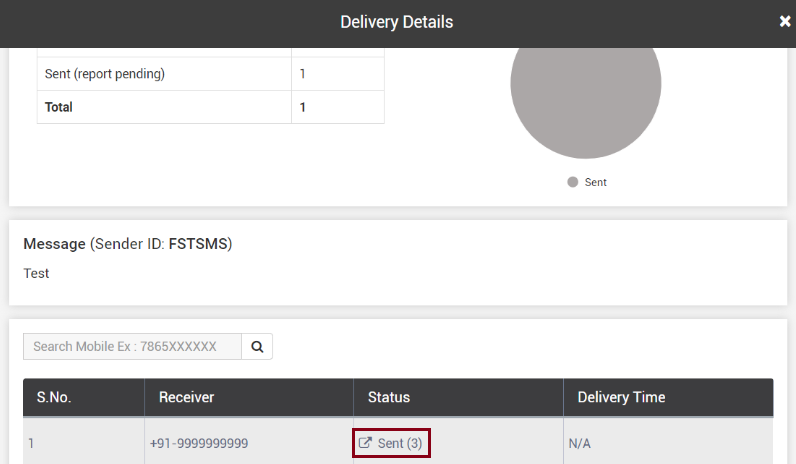 Once we click on the Sent (3), the Retry Report of the messages sent by us will be displayed. At first the message got failed, at the second attempt, it failed again. At the third attempt, it was sent and the delivery report is pending. If the status of your message is sent, our system retry for 6 hours to deliver the message. If the number comes in network in that period SMS will get delivered else it will show you failed. 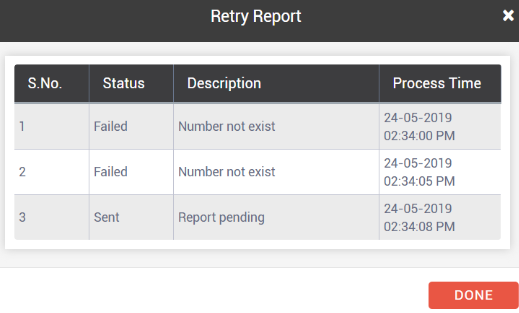 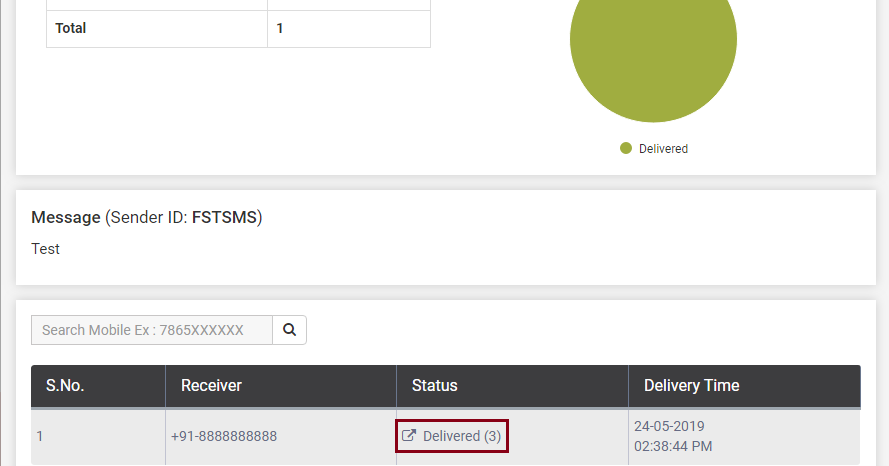 Retry Report of a Delivered SMS

Once we click on that text, the following window gets opened. In the Retry Report, we can see that at first, the message got failed due to unknown reason, then at the second retry, it was rejected by the operator, and finally at the third attempt it was delivered successfully. 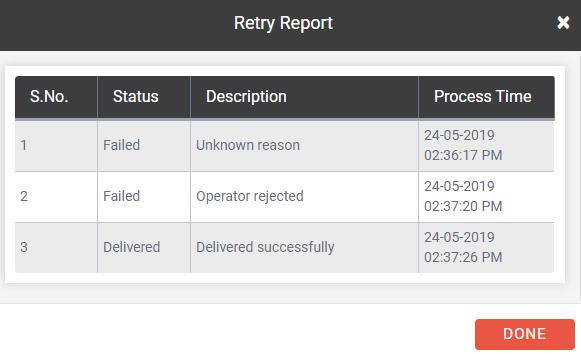 The image below shows the delivery status of the SMS which is failed due to some reasons. 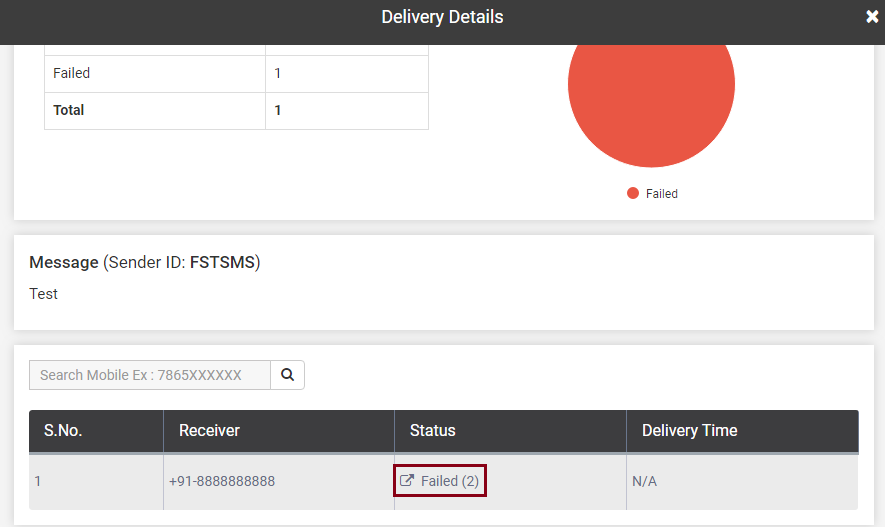 You can check why your SMS got failed in the Retry Report. Once you click on the text Failed(2), the following window will get opened. As described in the Retry Report, the reason for the message failure is that number in which the message was sent does not exit. Process time is that time when Fast2SMS schedules the message to the operator. As you can see, at 02:49:47 PM the message has been sent to the operator but it got failed so the message has been sent again to a different operator at 02:49:52 PM. This time also it got failed as the number did not exist. So if a message gets failed, we retry to send it via a different operator. Here, both the times, the message got failed and hence it is showing Failed (2) in the delivery report details. 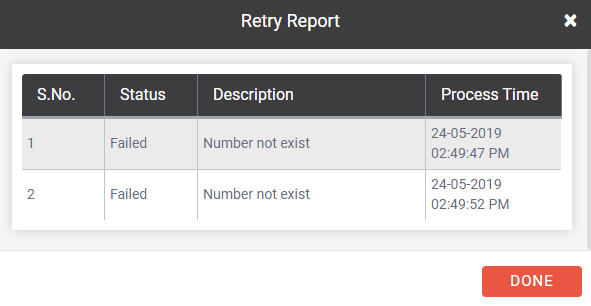 The SMS can be failed due to

We debit the charges of failed SMS because we have to pay the operator.

Our system works on submission basis.
Means as soon as you push the SMS from our system it will debit the SMS cost, now its on operators when they will deliver or mark that SMS as failed after all retry.

Note : We don’t charge for the SMS in which the receiver has blocked his or her number

The below image shows the delivery report of an SMS sent to DND number.

Note: We don’t debit the charges if the SMS is sent to DND numbers from Promotional route. 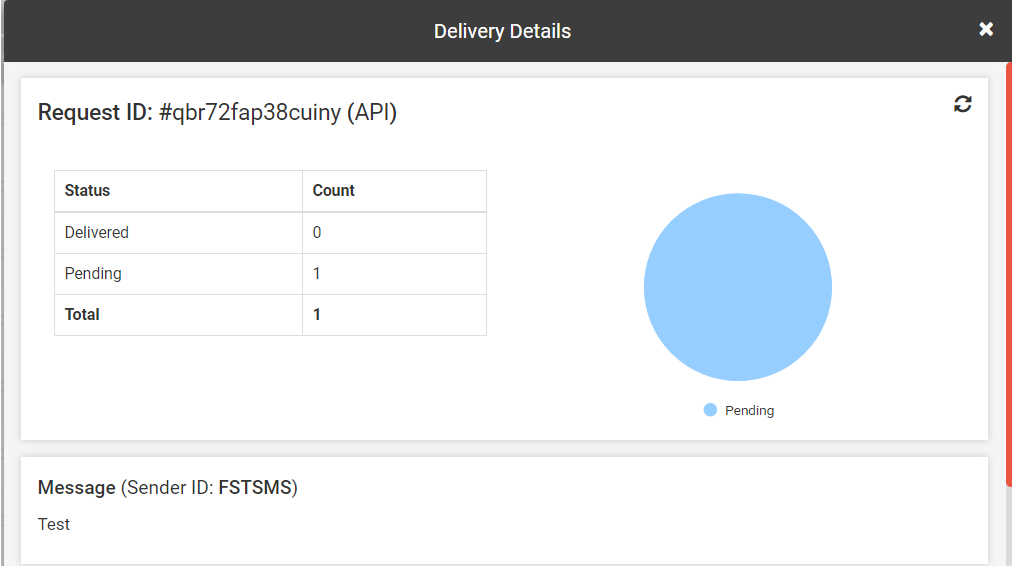