See the image below. In this particular image, the first 2 characters that is IM are the prefix of the sender ID. And the last 6 characters(PANTLS) is the sender ID of Pantaloons. 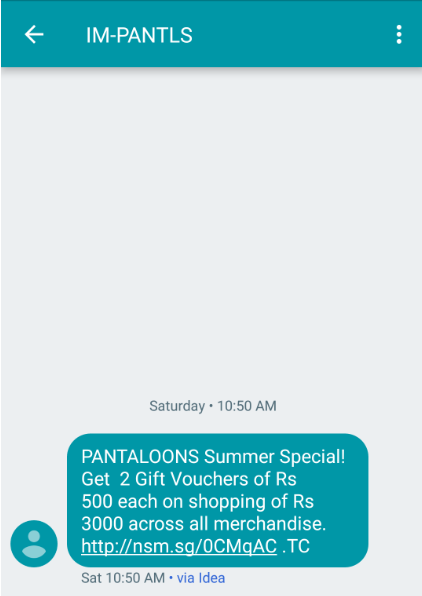 You will find that whenever you receive a sender ID SMS, there will be 2 characters in front of the main sender ID. We have taken the example of Pantaloons. Here the two characters are I and M. These are automatically set by the operator delivering the message. Its main purpose is to inform about the channel used in the message delivery. Bulk SMS company has no control over this.

According to TRAI (Telecom Regulatory Authority of India), the rules are,

So we can easily interpret that SMS has come from Idea cellular, Delhi.

Now let us quickly check the code used for operator and locations.

Let us discuss some more examples: 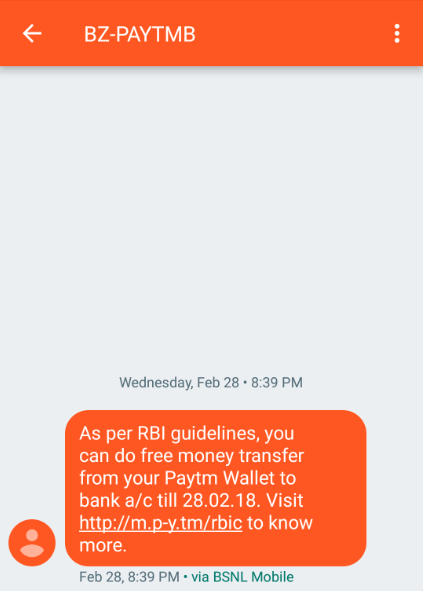 Here in the above SMS, BZ is the prefix. As we have discussed earlier about the operator and location code, according to it, B stands for BSNL and Z for Maharashtra and Goa. So if the SMS is received as BZ-PAYTMB, it means that the carrier delivering was BSNL and the region was Maharashtra and Goa. 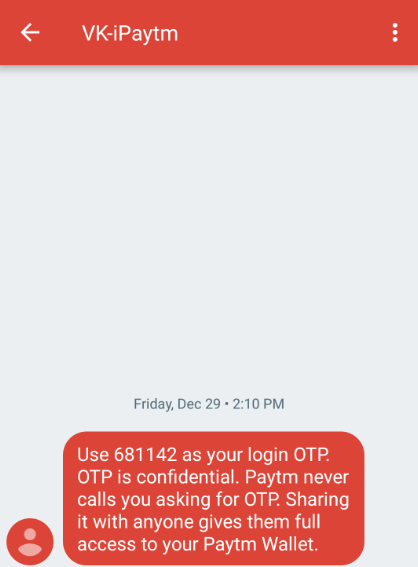 Similarly the above image shows the sender ID as VK-iPaytm. Here V stands for Vodafone and K stands for Kolkata. It means that the SMS is received through Vodafone, Kolkata.